Windows 10 is used on close to 1 Billion devices worldwide. And the default browser on it was Microsoft Edge. Not many people were a fan of it, and Microsoft faced a lot of criticism for it. So what Microsoft did was to create a new browser that was Chromium-based to give users a Google Chrome-like user experience while maintaining its in house brand and adding more features to it.

And after months of beta and canary builds, Microsoft has finally made the new browser official. Here’s everything you need to know about the new Microsoft Edge.

Let’s discuss the features of the new Microsoft Edge so that you know what you are in for. 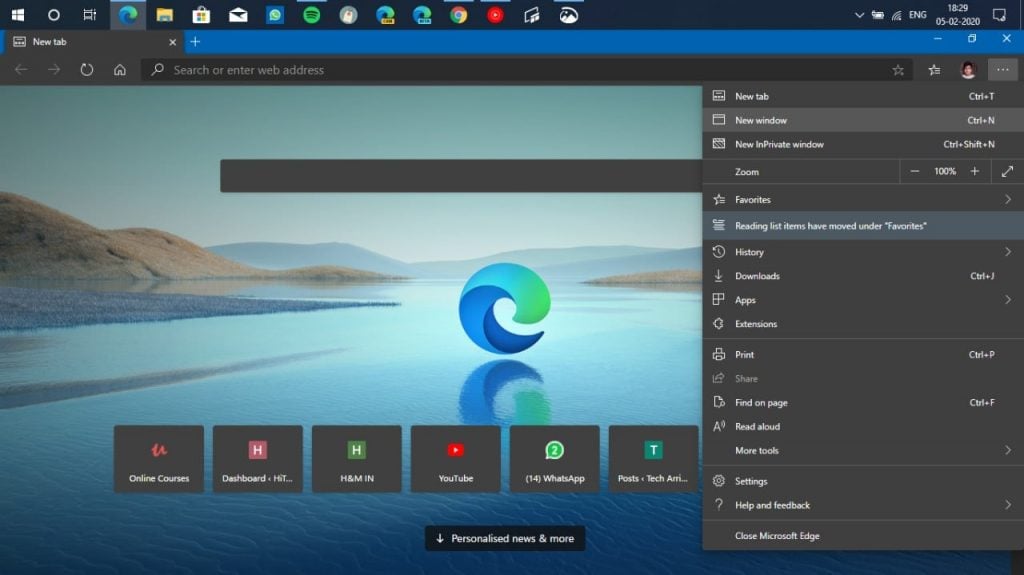 When you use Microsoft Edge for the first time, you will realize it’s no different from Google Chrome. The UI is very similar to that of the latter, but it still gives you the raw Edge feels with more rectangles than curves. Unfortunately, there’s no Fluent Design used in this version of Edge, but Microsoft has done a pretty great job in keeping the UI clean and concise. It also supports Dark Mode based on your system settings. You can customize it further by installing themes as well.

Unlike previously, where you would have to install extensions from the Microsoft Store, the new Edge allows you to install them directly from the web as well. All of your Chrome extensions are supported on Microsoft Edge as well as it is Chromium-based, after all. Just go to the Chrome Web Store, and you can install any extension of your choice. But before doing that, make sure you have enabled “Allow extensions from other stores” in Edge://extensions/.

Performance has been certainly one of the most criticized things about the previous version of Edge. And this time, Microsoft has made sure it is now its most robust feature. New Edge performs better and conserves CPU as well as battery.  There’s also excellent support for PWAs (Progressive Web Apps), which allows you to create a desktop app for almost any website you’d want. 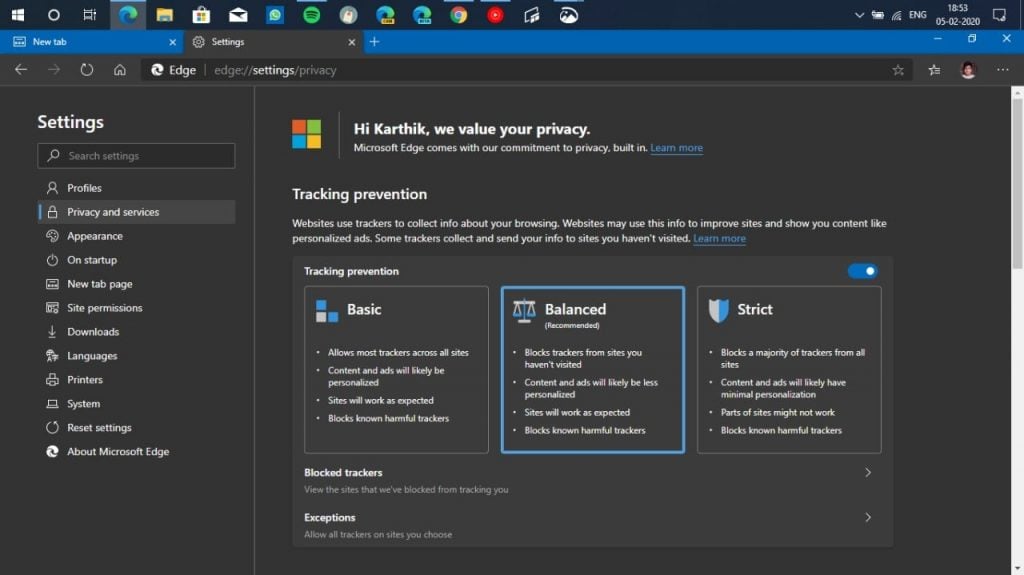 Microsoft is now aiming to make Edge, a privacy-focused web browser as well. It hosts “tracking prevention” wherein you can block trackers from tracking your online activity. By default, Microsoft Edge gives you equal protection against trackers, but you can set it to basic or strict according to your needs.

Why not taste it yourself?

You can download Microsoft Edge for your device from the following links.

Finally, Microsoft has listened to the user’s choices and made the right decision in making a browser-based on the user’s preference. I am currently writing from the Microsoft Edge browser on my Macbook Air and using a few Chrome Extensions as well. I particularly love that they support Chrome Extensions. This will be helpful for many users.

That’s all about Microsoft Edge. Download and try it out, and let me know how it goes for you. If you face any further difficulties, help is just a comment away. If you love reading our posts, then do share them with your friends, and spread the love. Keep following!

Managed vs Unmanaged VPS: Which is better?

TRICK: How to Bypass Read Receipts on WhatsApp?