Being healthy is a good sign of life and to be healthy you must laugh a lot. Well, if you laugh without reason, you will not be called a healthy person, rather called Mental! But nobody can stop you from your right to laugh when you check out these Standup Comedians including their Top One Liners! 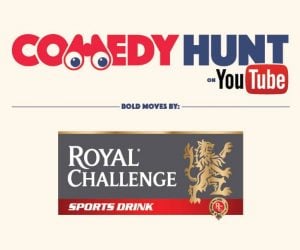 Mad about StandUp Comedies? Do you have that secret talent inside you to perform in front of the audience? Can you make them laugh till they drops? Then LiveinStyle is the place where you belong. Discover StandUp Comedy made for you and live in style. Also learn to become a standup comedian from a scratch with simple video illustrations from the popular comedians mentioned above.

Well, that’s all of it. If there is still anything left, that is cocktails for you! From Vodka to Whiskey you will get lots of cocktail recipes to spice up. Be sure to check out! And if you have enjoyed it, then spread the love, use the share buttons to share them with your Facebook buddies. It helps us a lot. Thank You!

Disa All in One Messenger: Merge Facebook Whatsapp SMS

How to Forcefully Upgrade / Update Windows 10 to the Latest Version?

Importance Of a GPS Tracking System for Your Fleet

How to Manage your Mutual Funds using MF Central Portal?