Xiaomi has got yet another budget smartphone for us known as the Mi A1 and it is revolutionary as a Xiaomi product in a lot of aspects.

Firstly, this smartphone is a new series launched by Xiaomi. Secondly, it is going to support the Dual Camera technology. As for the users, getting a budget smartphone with a dual camera, that too from Xiaomi is surely a win win deal. So, that’s worth a hype.

Another aspect is the ROM. Whenever we think of Xiaomi Mi or Redmi Mobiles, the first thing that comes in mind as soon as we talk about the Software is the MIUI ROM. For years, Xiaomi has developed and fine tuned the MIUI Rom to deviate it from the Stockish look as much as possible.

While people seem to like MIUI for their customizations and optimizations, the ones craving for Stock ROM couldn’t satisfy themselves from Xiaomi.

But, this time, its a good news for all Stock Android Fans. The Mi A1 is an Android One device. This means it is running on pure stock Android OS, with minimum customizations from Xiaomi. At least look wise, this device won’t give you any feeling of MIUI.

Being an Android One device also means it will receive all Android Updates over the next 2 years at least, as a mandatory rule for all Android One Devices. And we know Xiaomi is pretty good at delivering stable updates.

The device will go on sale on Flipkart from 12th September 2017.

Let’s check out the features of Xiaomi Mi A1 below.

The Xiaomi Mi A1 has a 5.5 inch full HD Display with a Corning Gorilla Glass protection. Its 7mm in thickness and weighs only 155gms.

The body is fully metallic. Its made of aluminum. It got rounded black edges that fit perfectly in your hand. So, look wise, it has got a premium design.

It comes in two colors, black and Gold with classic white color, and the Rose Gold color. All the colors are designed to be highly fingerprint resistant, especially the black version.

The USP of this device is the dual camera. It has a wide angle lens coupled with a telephoto lens. The telephoto lens is responsible for zooming in to give a close-up shot, while the wide angle lens helps to get a panoramic shot. This set up is of the same type we see on the iPhone 7 Plus.

The camera goes directly in comparison with the iPhone 7 Plus and the Oneplus 5. It seems Xiaomi has adopted a fantastic camera technology that goes head to head with the popular premium smartphones which people choose mainly for the camera.

All the photos taken with this device will be uploaded to Google Photo App as it offers unlimited high-quality photo storage. Well, Google offers this for every Android device out there.

Under the hood, the hardware is based on Snapdragon 625 14nm FinFet Technology. It’s similar to the Redmi Note 4 Processor. It is a lot of battery efficient too. It doesn’t heat up too.

It supports 4GB of RAM and 64GB Storage.

It includes 10V Smart power amplifier with the DHS Audio Calibration algorithm. So, you don’t need external speakers with it.

The fingerprint sensor is placed on the back like the other Xiaomi phones. The IR Blaster is present as well.

The handset is powered by a battery capacity of 3080mah. Yes, a bit shorter than the Redmi Note 4, but you have to understand that it is a slim device as well. You can’t pack in much battery with that. Still, it will give you a single day heavy usage and 1.5day normal usage battery life easily.

It supports the Android One. So, the ROM won’t be MIUI. It in fact packs in the Stock Android. The Mi Camera, Mi Remote, and the Mi Store app will still be installed inside it. This is a huge news for the Stock Android enthusiasts who didn’t like MIUI.

It currently runs on Android 7.1.1 Nougat, but it will get Android Oreo update by the end of 2017.

Xiaomi finally embraces the USB Type C Ports and this device has it. It also has a 380V Custom charger to prevent you from power surges.

Well, to be honest, Xiaomi killed the market second time this year, after their mighty killer Redmi Note 4. It is great to see Xiaomi breaking their own records.

In pen and paper, the Redmi Note 4 is ahead of Mi A1 in just one aspect, the battery. Redmi Note 4 has a slightly bigger battery. However, that simply does not matter. The Mi A1 fares well in the rest of the aspects.

The camera is simply mindblowing. I was taken aback when I saw it competing head on with the premium flagships iPhone7 and Oneplus 5.

The price is simply budget friendly, compared to the other giants. Just Rs14999. It will be a huge hit in the Indian Market for sure. It will go on sale on Flipkart and Mi.com from 12th September 2017 12PM onwards. It will be available on Mi Home Stores as well.

With a dual camera set up under 15k, this mobile is by far the cheapest android device for photographers. The Snapdragon 625 processor ensures a good balance between productivity and battery life. Last but not the least, it also has Android One, so it gets stock android out of the box, with the promise of future software updates. Go for it. 🙂

So, that’s all about Xiaomi Mi A1. I hope I was able to clear all your doubts regarding this device. Do Share this post with your friends and help them choose their next mobile wisely. Use the social share buttons below.

If you have any further doubts, don’t hesitate to comment below. I will be happy to help you out.

Thank you for reading my honest opinions about the Xiaomi Mi A1. I will be back soon with another interesting update. Till then, stay tuned. 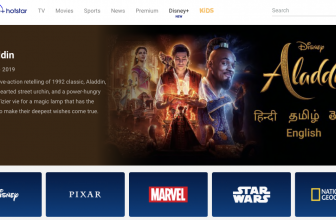 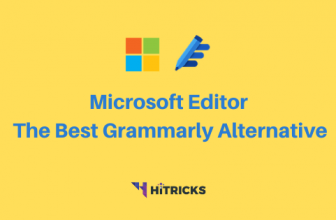