How to remove Kingroot and Install SuperSU on rooted device?

Kingroot has become our one stop solution to Root your Android Device quickly in a click, no major hassles. But it has one significant disadvantage, which people complain about. By default, it installs the Kingroot app for granting SuperUser Permissions. And this is disliked by many users.

We all know about SuperSU, the most popular app to manage Superuser binaries and grant permissions. Most of us want to get that, but uninstalling kingroot is not possible after rooting, making it difficult.

If you are facing such difficulty with Kingroot and want to uninstall Kingroot and install SuperSU instead, then you have come to the right place.

In this post at HiTricks, we will discuss how to remove Kingroot app and install our favorite SuperSU app for granting superuser permissions.

This is not hard if you follow the steps. And, good for you, there are more than one ways available for the same.

So, let us begin.

YOU MAY ALSO LIKE: 5 Alternatives to Google Play Store: Get Paid Apps for Free

Note that we will discuss all the probable methods here, you can choose which one you want to use.

At first, make sure your device is a rooted device, that is superuser binaries are perfectly installed in it.

It is very easy to check whether your device is rooted or not. There is an app called Root Checker, that will tell you if you have superuser access.

Note: While downloading the file above, uncheck the Secured Download Manager Button, it is an advertisement.

Install it and open the app.

Click on the Verify Root button on the main screen.

If it asks for any superuser permissions, grant it.

Then it will show you if your device is rooted or not.

If your device is rooted, you shall see this green confirmation.

If your device is not rooted, then you shall see this red alert. 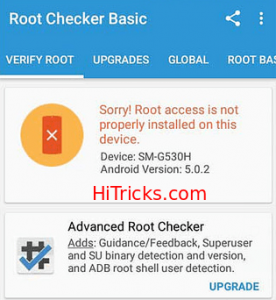 So, now you know if your device has root access or not. So, let’s proceed to our tutorials.

YOU MAY ALSO LIKE: 8 Premium Android Apps to Get Unlimited VPN for FREE

As the name suggests, this tutorial does not have many complications, and you can do it easily. But well, this has one disadvantage. This does not work for many devices.

So, I will recommend you first to try it out and see if it works for you. If it is not functioning for you, then you can move to the next method. Tutorial 1 is the easiest.

If it uninstalls successfully, your most of the job is done. Uninstall the app.

Then update superuser binary from the SuperSU App once and Reboot your device.

That’s all. Your superuser access has been transferred to SuperSU and Kingroot is uninstalled successfully.

However, this may not work for many devices. If it does not work, you shall see a Uninstall Updates button instead of Uninstall button when you try to uninstall Kingroot app.

If this happens to you, do not get upset. There are other ways you can remove Kingroot.

Proceed to Tutorial 2 and try it out. See if it works for you.

As the name suggests, in this method, we will be using an app called Super Sume to do our job.

Super sume app is built itself to remove kingroot and install supersu. It works on most of the Android devices.

Now you can see a blue button.

It will then replace Kingroot with SuperSU.

It takes about a minute, but sometimes, if your phone is running slow, it may take more time. So, be patient while it is working.

After it has finished doing its job, it will open SuperSU App automatically.

Next, you can safely uninstall Super Sume app and keep using SuperSU App.

Update the superuser binaries and reboot your device once to make sure everything is running well.

Most users should be able to uninstall Kingroot and install SuperSU using this method, but if it still does not work for you, then below I give you the last tutorial which works universally for all devices.

But why I kept it at the end? Because it is a bit complicated to perform and meant for those users who understands Android well.

There is a risk of doing something wrong if you do not follow the steps correctly.

So, let’s discuss the final and universal method.

YOU MAY ALSO LIKE: How to protect yourself from the deadly ‘Ransomware’ Virus?

Like the name suggests, this method requires Terminal Emulator App to perform.

We will be using the Terminal and execute some codes that will wipe Kingroot and help us install SuperSU.

For this method you need two things:

Extract the zip file using your file manager. You shall find a folder named ‘mrw’.

Place the folder along with all its contents into the internal storage of your phone.

On the screen, at first type this command.

After writing this command, press enter.

Now it will ask you root permissions. Grant it.

After typing this, again press enter. It may show some warnings, ignore it.

It may show some warnings, ignore it. Wait for some time and let it work.

Now it will automatically open SuperSU app. If it does not launch, go to your list of apps, and you can find the SuperSU app.

At first, it will prompt you to update the Superuser Binary. Update it.

Now it will prompt you to remove the other superuser app like Kingroot. Click Ok, and you are done.

It will automatically remove the Kingroot app from your device.

Now reboot your device once, and you are all set. You have successfully uninstalled Kingroot and installed SuperSU on your rooted Android device.

Note that this method works universally for all rooted Android devices.

So, if you want to type a few lines of easy codes (and probably not mess around with other stuff or mistype a code), then this method is safe to go.

Thank you for reading my post on How to Remove Kingroot and install SuperSU on your Android device. I have tried my best to write in the easiest possible language so that you can understand it better. And I also included all the possible methods to uninstall Kingroot and install the SuperSU.

Hope you understood it well.

Have any questions? Or just simply want to appreciate? You are free to do so in the comment section below. I will be waiting for your inputs.

Don’t forget to share this article with your friends on social networks and help them in this. Use the social share buttons.

That’s all for now. I will soon be back with another interesting article. Till then, have a look at some of my popular articles below.

The History of the Word 'Hack' by Wrike Project Management Tools 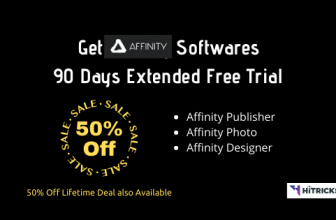 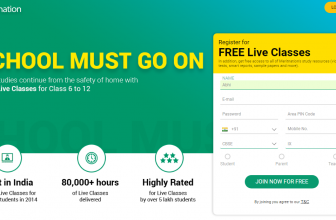