On 7 June 2021, Apple launched its new desktop operating system, macOS Monterey. macOS is a USP for Apple’s desktop devices as it is one of the most optimized operating systems which enhances daily productivity. The new Monterey update brings new SharePlay and many new features to different applications including, Photos, Safari, Apple Podcasts, Apple News, Focus, and many other impressive improvements.

Apple’s senior vice president Craig said that this update would help Mac users to get more done, connect with friends and family in amazing new ways. Apple is confident of Safari’s new tab design, SharePlay, Universal control, and AirPlay to Mac. No doubt, this update will surely enhance the user experience and ease the daily work routine.

Special thanks to Apple for sharing images of the new macOS Monterey, users can take an idea of the new features and designs from these images.

In this article, we will talk about the various features of macOS Monterey, along with the list of devices that support the OS. Here’s an overview:

Apple’s FaceTime supports spatial audio, which makes conversations more natural. The sound comes out from the direction in which the other person is positioned on the call. The new Portrait mode in FaceTime blurs the background just like the Camera app and puts focus on the user.

The new Monterey update brings SharePlay to the FaceTime call, which allows users to have a shared experience during the conversation. With this feature, users can share music, TV shows, movies, projects, and apps through screen sharing. 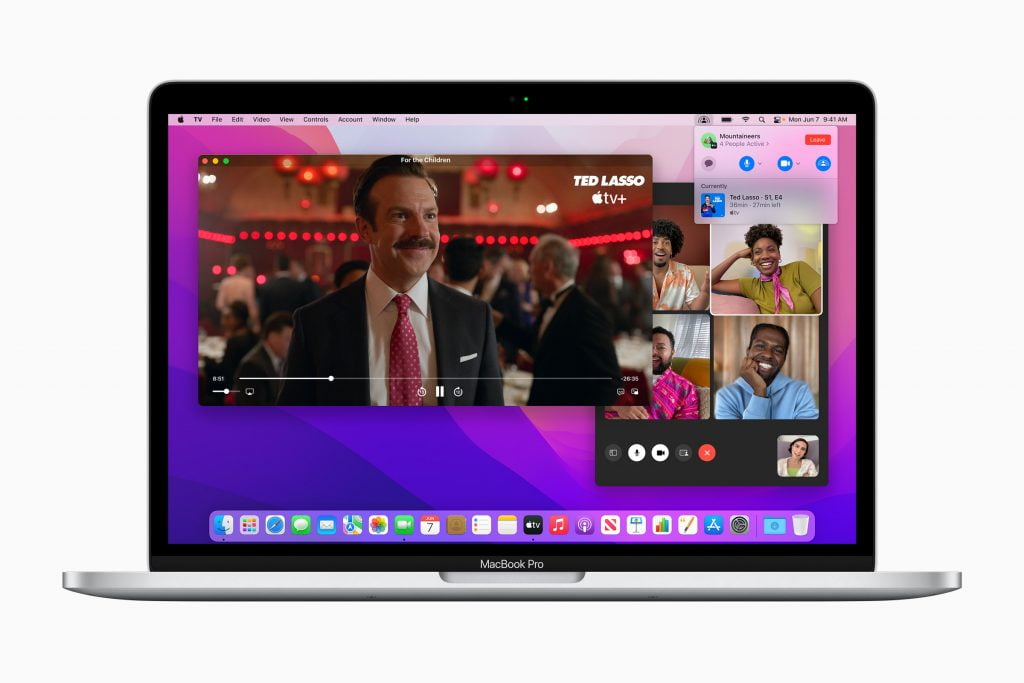 Sharing of apps in FaceTime

Messages now get a Save button on the conversation screen which allows users to quickly save images. Also, users can now make beautiful collections of images that appear as a glanceable college. With macOS Monterey, Safari adds a streamlined tab bar that is more compact and adjusts its color according to the site theme. Safari gets newly redesigned tabs with a rounder and defined appearance. Users can now search from the active tab with the integrated Smart Search Field.

Safari now comes with a redesigned sidebar that helps the user to manage tab groups, bookmarks, Reading List, and Shared with You links. Intelligent Tracking Prevention is now capable of preventing trackers from profiling. With new upgrades, Safari automatically switches know sites from HTTP to HTTPS. In addition to these impressive features, there are several other minor upgrades to Safari. 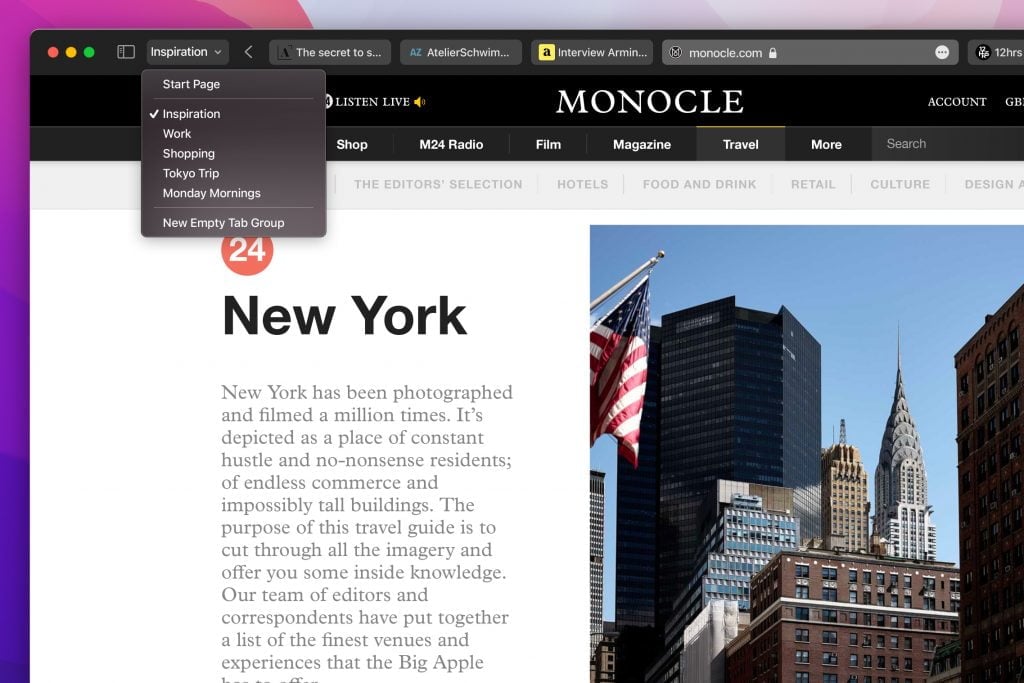 Focus restricts unwanted notifications, which helps users to stay concentrated on their work. If someone is focusing on their work, Focus will let others know that the receiver is currently busy and not available. By using the urgent message feature, one can still send a notification if he/she feels the message is important. Users can prevent this breakthrough by blocking that person or app. Users can now set Focus on one device and it will automatically set across all Apple devices. 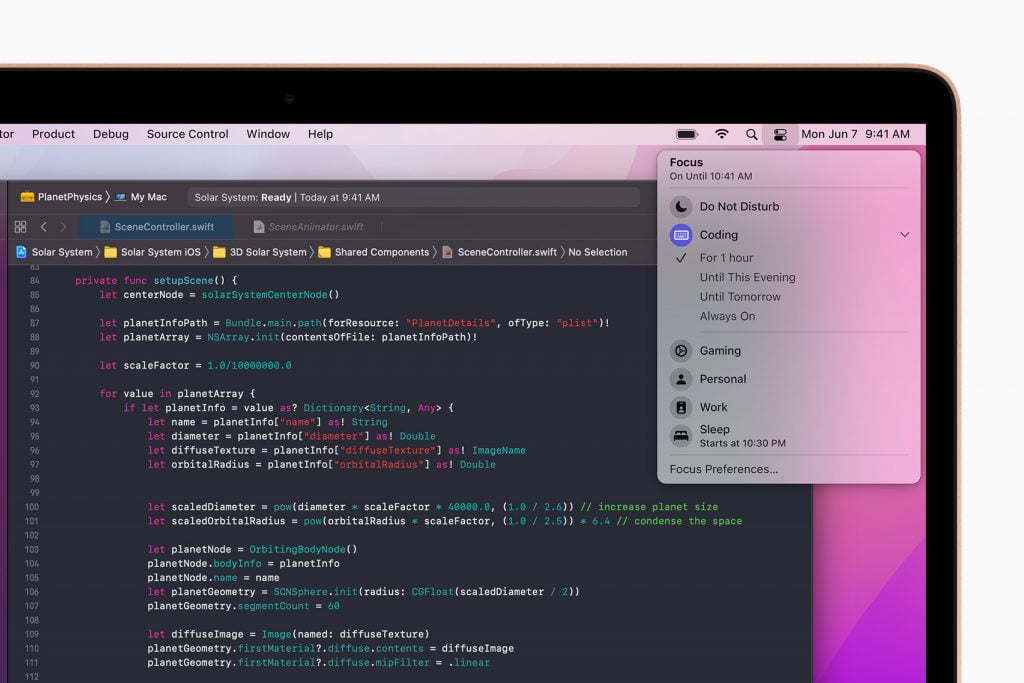 Notes now bring tags to categorize and organize notes, one can add them by directly typing them in the notes (ex: #playing, #work, #important, or #home). New Quick Note can be used systemwide to quickly type down your thoughts and ideas.

In the case of shared Notes, users can see edit history in the Activity View tab. Mentions can be used in shared Notes using the ‘@’ sign. This feature can be used to notify collaborators of important updates and link them back to the note.

See also  How to Clean MacBook to Boost Its Performance?

Universal Control allows users to use a single set of mouse and keyboard across Mac and iPad and supports up to three devices. It enhances the user experience and doesn’t require any setup. With this feature, users can easily drag and drop content between the devices. The Universal Control can be used when someone is sketching a drawing on an iPad and can drag it later to the Keynote slide on the Mac.

Airplay lets users play, present, and share content from their iPad or iPhone right into the Retina display of Mac. One can use this feature to share movies, games, photos, and presentations. With AirPlay, users can enjoy Mac’s impressive sound system as an AirPlay speaker and can use Mac as a secondary speaker for multiroom audio. This will enhance the experience when listening to music or podcasts. 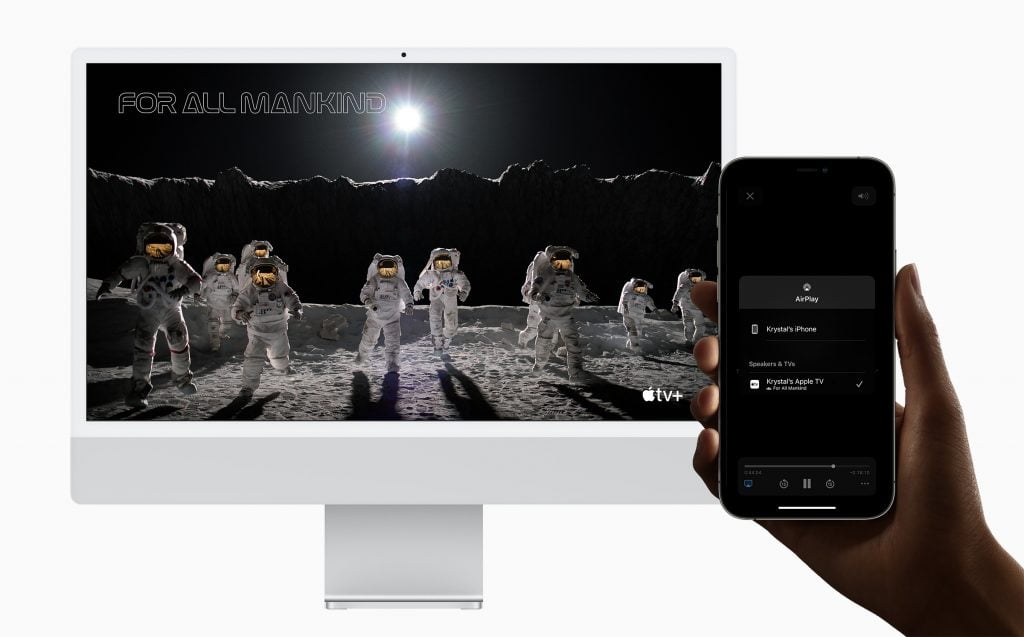 See also  Best Ways To Clear Space On Your Mac

Maps now come with an interactive 3D globe, with enhanced details for geographical features including, mountain ranges, deserts, forests, oceans, etc. Users can explore big cities with more details for elevation, roads, trees, buildings, landmarks, and more. The new driving feature adds more traffic details including, turn lanes, bike, bus, and taxi lanes, crosswalks, and many more. There are a lot of minor upgrades in the Maps with the new macOS Monterey.

With the new Mac OS Monterey, Live text uses on-device artificial intelligence to detect text from photos. Things like phone numbers, websites, addresses, and tracking numbers can be obtained from photos in text format. With Visual Lookup, users can learn about animals, art, landmarks, etc. This indicates that Apple is now working a lot on artificial intelligence which makes applications more capable and smart.

Below are the devices that will support macOS Monterey.

This time many devices are missing, which were there in the list of last year’s macOS Big Sur update. Following are the devices-

Apple always provides one of the best user experiences and never disappoint their users. In this post, we discussed a bucket of new macOS Monterey features and devices compatible with it. In addition to all features mentioned above, Monterey adds several upgrades to Accessibility, Apple Card, Apple ID, Augmented Reality, Books, Desktop and Screen Saver, Dictionary, Find My, Finder, Gaming, Home, Keyboard and its dictation, Mac Experience, Mail, Memoji, Music, Photos, Podcasts and many more.

macOS Monterey is now available for members of the Apple Developer Program, and the public beta will be available from July 2021. Let us know about your thoughts on macOS Monterey and ask any doubts in the comment section below. Keep checking us out for new tech-related updates and how-to guides.

I will be back soon with another interesting content. Don’t forget to join our Telegram Channel for getting the latest tech updates.

GUIDE: How to add Passport No on CoWIN Vaccination Certificate?

NOOB’S GUIDE: How to Earn Money with Bitcoin Trading in India?