Apple launched the all-new iOS 15 on 7th June 2021. This major update packs more powerful features and on-device intelligence into it. As we all know, iPhones are one of the leading flagship mobile phones and are known for their well-optimized operating system i.e. iOS.  These new iOS 15 updates will enhance the user experience with attractive features like natural FaceTime calls, SharePlay, new ways to manage notifications, improved intelligence to photos, and search to quickly access information. Along with these impressive features, the iOS 15 includes great improvements in Apple Maps, Weather, Wallet, Safari browser, and many other countless updates.

Special Thanks to apple for providing images related to new features of iOS 15 on their websites. This helped us to make this post more interactive.

We have already discussed macOS Monterey Features + Supported Devices in our earlier post. In this article, we are going to discuss all the major updates of iOS 15 and the list of supported devices. Here’s an overview:

Apple’s FaceTime allows users to connect with their friends and family. The new iOS 15 update makes FaceTime more natural with spatial audio and new microphone modes to reduce background noise. Now the Portrait mode is also available for Facetime, which will blur the background and put focus on the person. 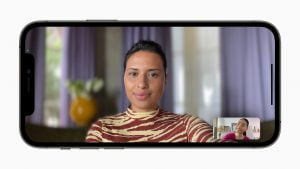 With the new update, users can now share experiences with SharePlay while connecting with friends on FaceTime. This will allow users to listen to their favorite song together on Apple Music, watching a TV show or movie in sync, sharing of application screens to view them together.

iOS 15 provides a new powerful tool that helps users to focus and reduce distraction. Focus is a feature that filters notifications and apps on basis of user preferences. When the Focus is blocking unwanted notifications, the user’s current status will be automatically displayed to the sender, saying that the user is not currently available unless it is urgent. 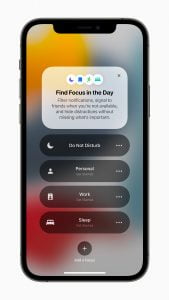 After this update, iOS will automatically suggest Focuses to the users with the help of on-device intelligence. This feature will also allow users to create custom Focus to show only preferred notifications and a user can also set up automated replies during a Focus.

With the on-device intelligence, Live Text recognize text in an image and allows user to take actions. This feature will quickly recognize the text while capturing a photo, users can use this power to copy the Wi-Fi password displayed at a library or coffee shop.

Spotlight can now search photos by location, people, scenes, or objects, and using LiveText, it can find text and handwriting in photos using on-device intelligence. Photos got the biggest update with a new interactive user interface. It now includes Apple Music, which will bring personalized songs to Memories. 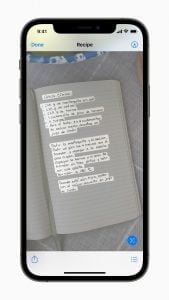 The iOS 15 update brings a redesigned browsing experience to Safari. Now it comes with a new compact tab bar that will float at the bottom of the screen, this will help users to quickly switch between tabs. Using Tab Groups, users can now access tabs across various Apple devices. One can now customize the start page and web extensions on iOS. This update also includes new Safari privacy protections, including intelligent tracking prevention, that will automatically upgrade sites from HTTP to HTTP.

Apple provides the world’s best map,  the iOS 15 update will enhance the experience with all-new navigation ways. Users will notice a significant amount of enhanced details in cities for neighborhoods, commercial districts, roads, and buildings. The upgraded Apple Maps will also include new road colors and labels, customized landmarks, and a night mode. This will change the whole way of exploring the world through Maps. 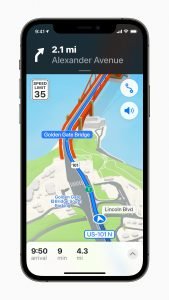 The iOS 15 comes with more improved privacy controls that will help users to protect their data. Now audio of Siri requests is processed entirely on iPhone, and there is a significant change in performance. Mail Privacy Protection restricts the power to know whether an email has been opened or not, and hides user’s IP addresses to secure user’s locations. App Privacy Report tells an overview of permissions that has been granted to an app. It shows the data of last the 7 days and tells the purpose for which apps are using location, photos, camera, microphone, and contacts, and contacted domains. 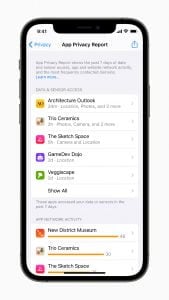 Apple Wallet now comes with additional types of keys, and BMW was the first company to add its key allowing users to unlock their car with their iOS devices. With this update, the digital car key gets more improved with Ultra-Wideband technology.

Later in 2021, users in participating states in the US can add their driving license or state IDs to the wallet. Airport security checkpoints will be the first place where users can use their digital IDs.  These digital Identity Cards are well encrypted and safely stored in the Secure Element, it is the same hardware technology previously used in Apple Pay. 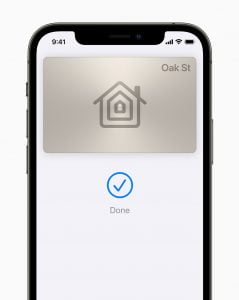 There are impressive updates to Weather, it now offers more graphical displays of weather data, full-screen maps, and dynamic UI that is based on different climatic conditions The new redesigned animated backgrounds represent the sun’s position and precipitation more accurately. Notifications highlight when the rain or snow starts and ends.

Notes add user-created hashtags that will help in categorizing the notes, and mentions will notify members of shared notes on important updates. Now recent history is available for a shared note in Activity view. 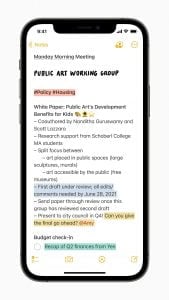 Now, let’s have a look at devices that are compatible with the new iOS 15.

The following devices are eligible for iOS 15, or we can say that all the devices running on iOS 14 will get the iOS 15 update. This is really impressive that even six-year-old devices are getting this major update.

See also  How to Clean MacBook to Boost Its Performance?

In this post, we learned about the new features of iOS 15 and the devices that will support this update. Initially, the iOS 15 is only available for users who signed for the beta program. The stable OS will be rolling out to users from September 2021.

In addition to above mentioned major features, there are a lot of minor updates with iOS 15 like Siri now offers Announce Notifications on Airpods, and allow users to share a screen just by asking, Health app adds a sharing feature to share your data with friends and family, Apple TV now recommends TV shows and movies based on user interests and many other. Apple once again proved the optimization and capabilities of iOS with the new iOS 15.

GUIDE: How to record a Clubhouse room as Host?

GUIDE: How to Move Data from iOS to Android?