In the world of mobile gaming, everyone is busy playing online multiplayer games like PUBG, Freefire, Clash of clans, and call of duty but sometimes we go to a place where we are not able to access the internet on our mobile due to various issues. All of the online games are worthless if your mobile does not have internet.

Limbo is one of the best offline games that in the present time. It has adventure unknown places, strange peoples, interesting puzzles and dangerous monsters. Limbo is the perfect example of visuals, sound, and a mysterious little something we call gameplay. The games come in the black and white 2D puzzle platformer category and available for both androids as well as pc.

If you want to play a cool game with unknown places and challenges then Limbo is the best option for you. It is an awesome game with an adventure that takes you to another world. 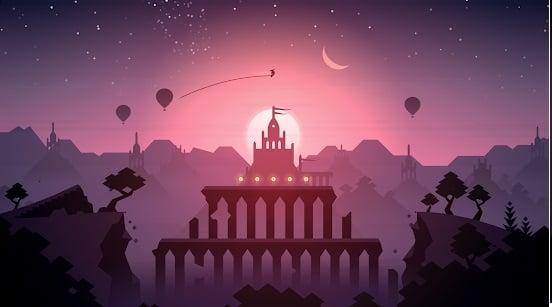 Alto’s odyssey is also a good game in the endless runner category and it doesn’t require any Internet or Wi-Fi connection. The gameplay is pretty easy the player moves forward on his own. You just have to control jumping and performing flips in mid-air. The game is based on the desert theme and it has new features, such as wall-riding mechanics, water mechanics, tornadoes, falling platforms, balloon bouncing, and much more.

Alto’s Odyssey has some colorful and good-looking graphics and smooth gameplay. The game is free to download however the free version comes with advertising. But you can remove ads or unlock customizations by paying money. It is available for both iOS and Android devices.

See also  How to Link Aadhar Card with Mobile Number Offline from Home? 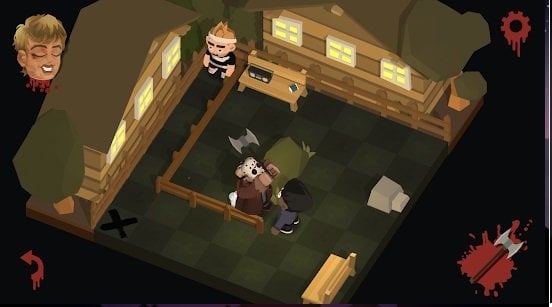 The game has 12 chapters and each chapter has 13 levels across different situations and terrains. The levels are small and easy to play but after completing some levels the game adds more difficulty, new mechanics, and harder puzzles that make your brain hard to play.

The levels have Fire, holes, traps. water armed guard, land mines, and more to end your terror you have to keep it cool and work through all of the obstacles to end the life of the guard and your victims. It’s a fun action-arcade-style game with some horror and gore elements plus you don’t need any internet connection to play this game.

Solitaire Bliss is a game that kids and adults enjoy. It’s the free challenge version of the classic card game, solitaire. Enjoy games such as Klondike (Solitaire one card and three cards), Spider Solitaire, and Freecell. 36 games are available, all in solvable-only game mode. If your family loves a good friendly competition, this one is the perfect game! Solitaire Bliss is an excellent way to stimulate your brain and improve your cognitive health. Minecraft does not have a storyline, but it is one of the most played games in the world. The game is based on blocks you can create your own worlds however you want. You can play this game online as well as offline. The game provides two modes creative mode and a survival mode where you can build houses, farm, mine, kill animals to survive. They provide almost every possibility that you can do in the real world.

Minecraft is not a heavy game and it does not require good hardware to run you can run Minecraft on any mobile. but the game costs around Rs 650 with in-app purchases like players’ skins, clothes, and much more. If you like survival and adventure games then Minecraft is the best choice game for you.

Brothers: A Tale of Two Sons: 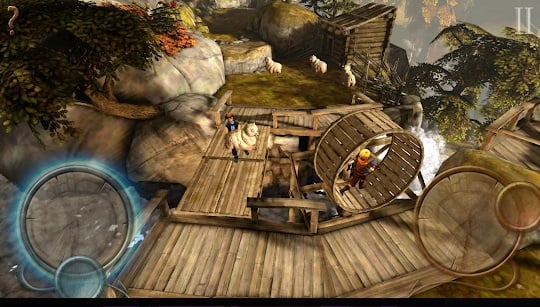 Brothers: A Tale of Two Sons is one of the best-rated offline games for android mobiles. The game follows the story of two unnamed siblings known as big brother and little brother. They go on a quest to find a cure for their father’s mysterious ailment. They only had each other in the story to help to overcome their problems.

The game and amazing graphics, a story beyond imagination, puzzles, and dangerous creatures. however, the game is specially made for two people you have to control them simultaneously, each mapped to a thumbstick. Brothers game is specially made for two siblings if you have a brother or sister then make sure to give it a try. It is listed on the play store at Rs. 199 only. Candy Crush is the most downloaded game of all time it features. It is a puzzle game that gives you 5 lives at a time and if you fail to complete the level then you lose 1 life, The life looks like 30 minutes to recharge again. Sandy crush also provides Powerups which help you to beat the level faster.

Candy Crush is a widely played game that you can play online as well as online. But make sure not to overplay the game some players claim that Candy Crush made them addicted to the gameplay. The game has an unlimited number of levels that took a lot of time to complete. They always added new levels after every update. Candy Crush is free to download the game from the Play store but it aggressively pushes the user for in-app purchases to beat the levels. Ludo King is a classic game that you can play online or offline with friends or without friends. Ludo can be played by a maximum of 4 players. Every player gets a color slot in the game. Each player has to roll a dice to get the number to play the game your dice need to show 6 to get one pinout. The game has 8 safe spots where no one able to cut your pin. the person who can cross his all pins to the end wins the game.

Ludo is a board game and played between family and Ludo King is the conversion of the classic game into digital games. The game support every major platform including Desktop Android, iOS, and Windows mobile as well. Ludo King supports Local multiplayer (pass and play mode) while playing with your friends. 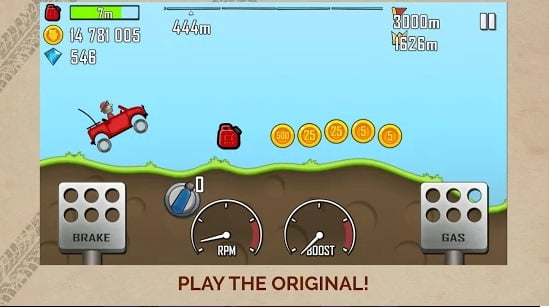 Hill Climb Racing is one of the best offline games that you find on the internet. it is a simple endless car driving game that is easy to play. You have to drive the car in the hills while without toppling or breaking the neck of the player and collecting fuel on the way. The Hill road becomes more difficult when you cover more distance.

The game has various cars and levels with different environments to play with. You can also need to collect coins on the way which can be used to upgrade the vehicles. Hill Climb Racing is free to download from Playstore with in-app purchases. They also release the sequel of the game known as Hill Climb Racing 2.

So these are some of the best offline games for android mobile phones. Some of them are paid but you can play the demo version before actually buying the full game. Also, you can download them from APKpure for free but you need to use some mind while installing the game from that. If you face any problems while downloading any games then feel free to contact us we will happy to help you.

Thank you for reading. Do share this post with your game-buddies. They will definitely find it helpful. Let us know if you have any other suggestions to add, we will definitely look into it.

That’s all for now. I will be back soon with another interesting update. Keep visiting HiTricks. Don’t forget to join our Telegram Channel for getting the latest tech updates.

Have You Considered Shopify For Your Website? Here's Why You Should

How to Apply for the PostPe Card? (Lifetime Free)