Home » News » Best iPad OS 16 Features that You Should Know

On 6th June 2022, Apple organized this year’s WWDC where they announced the latest updates to its iOS, macOS, and iPad OS. While Apple faces a lot of competition in the smartphone and the computer market from Android and Windows respectively, but iPad is one product that is an undisputed king of its sector with no real competitor. Apple doesn’t take this lead for granted and constantly pushes its limits, which was again proven when they announced updates such as Stage Manager, changing pixel density to allow much more content on the screen, and many more new features to the iPad OS 16.

In this article, I will share with you the most exciting and useful features in the iPad OS 16 and a list of all the supported devices.

See also  Best iOS 16 Features That You Should Know

iPad Comes Closer To a Laptop With The Stage Manager: 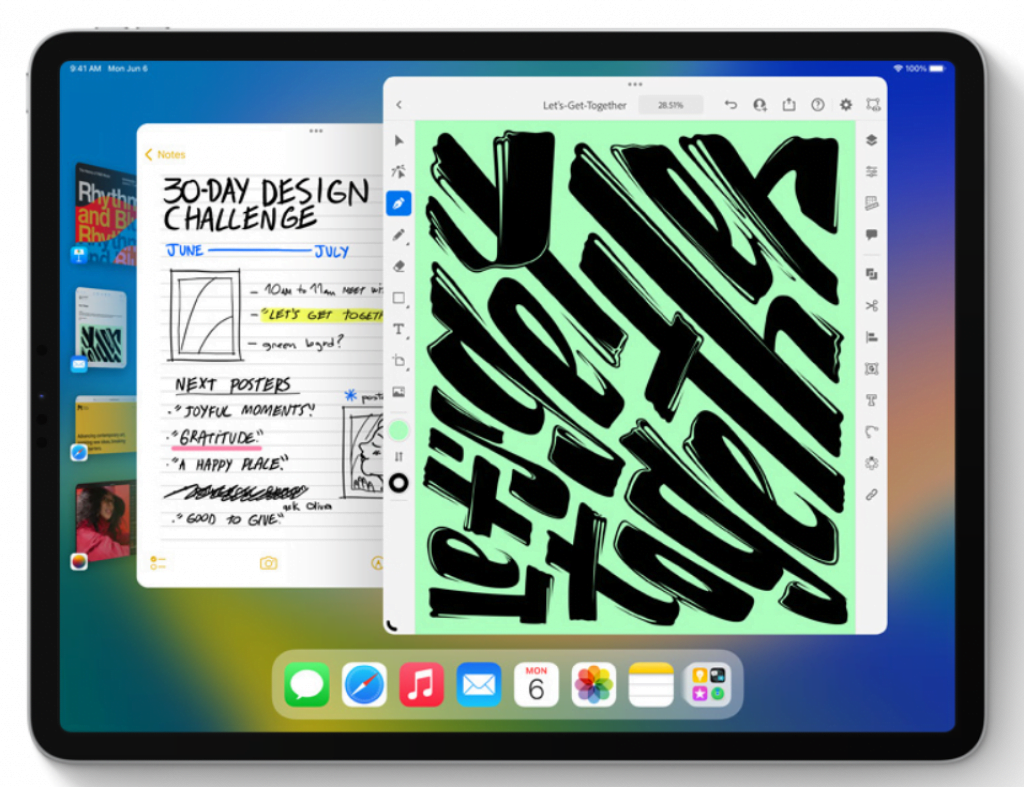 Until now multitasking on the iPad was only limited to two apps on the screen with the split view. With iPad Os 16, Apple brings an all-new Stage Manager which allows us to have up to 4 overlapping windows. Not only this, but you can also resize windows, and apps can be grouped and minimized together. So, for example, you can have Youtube, Facebook, and Twitter in a group and the other group can have work-related apps such as doc, excel, and web browser. This allows switching between different activities very quickly.

Pairing this with the Stage Manager, the iPad has truly become a powerful device for any task.

Split view is an amazing feature that allows us to work on two different apps at the same time by splitting our screen into two halves, but oftentimes the content on the apps shrunk due to the constraints. Apple solved this problem with the introduction of Display Scaling in iPad OS 16. Now we will be able to increase or decrease the resolution of the screen as per our preference and allow the apps to fit more on the screen.

Now your M1 iPad will be able to use some of the iPad’s storage as virtual memory, which will further increase the RAM up to 16GB for RAM-hungry apps. This move can be a step towards getting some of the intensive apps such as Final Cut Pro to come on iPad. 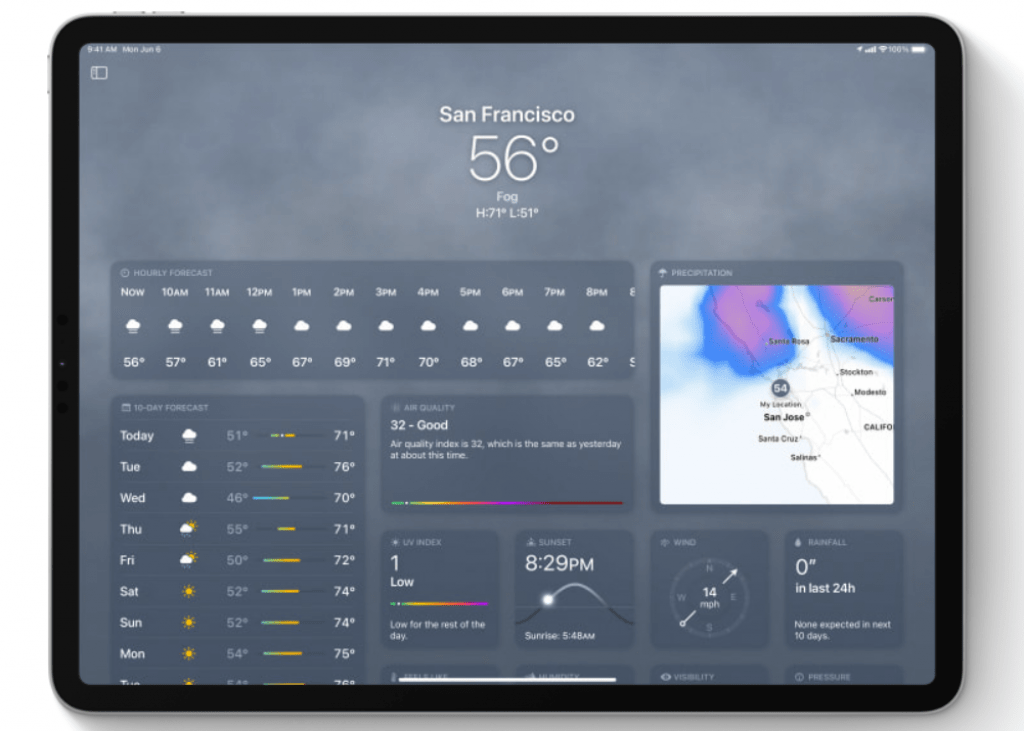 A weather app might not be a game-changing feature but the fact that it was missing until now, makes its arrival big news. Apple finally brings the weather app to the iPad from the iPhone. The functionality of the app is pretty straightforward, it offers 10-day forecasts and details about the air quality in the region.

This brings an end to the wait for a weather app on the iPad, but a Calculator app is overdue.

Since the iPad is in many ways an iPhone with a bigger screen, they share many features and updates. This is one such update common to both, where you can edit a sent message for up to 15 minutes and unsend a message in iMessage. If you are busy and not able to reply to the conversation right away, you can also mark the thread as unread.

Apple also announced an all-new whiteboard app called Freeform, where you can show your creativity by drawing or taking notes with the Apple pencil. The best part is that we will be able to collaborate and share files and links on the go. The changes will be reflected in real-time on the app.

iPad OS 16 comes with a redesigned gaming center where you can see your friends’ high scores and compete against them. Apple has also announced that SharePlay will be arriving on iPad which allows us to connect with our friends and play games together without the need for any external app.

Although Apple is supporting a lot of iPads for the update, some of the best features such as Stage Manager, External Display Support, PIxel Density Scaling, and Virtual Memory swapping are limited to M1 iPads only.

iPad OS 16 is coming to the following devices.

I hope you got to know about new and exciting updates on the iPad OS 16. Although I did my best to cover all the cool features, this list is not exhaustive and there are many features that I had to leave. There are several other additions to iPad OS such as a customizable toolbar, seamless search field across apps, new toolbar buttons, a Mac-like find and replace, and many others. With the release of the iPad OS 16, Apple has ensured that there is only one leader in the tablet market worldwide.

Which of these new features and updates are you most excited about, do tell me in the comment section below.

That’s all for now. I will be back soon with another interesting update. Keep visiting HiTricks. Don’t forget to join our Telegram Channel for getting the latest tech updates.

What Are The Pros And Cons Of Pay Per Click?

Ashutosh Dubey is a Btech CSE student, with great knowledge in Full Stack Web Development and constantly strives to learn about new technologies.