Apple Inc. on 31st January this year became the first corporation to reach the milestone of $3 trillion market valuation. While it did not keep up above the mark at the end of the trading day, it nonetheless remains the only one to be able to achieve this feat. Apple’s share price made an intraday record high of $182.88, and it ended the day 2.5% up at $182.01 which took the market capitalization to around $2.99 trillion.

Apple’s share price has been able to achieve this landmark because the investors have faith in the company that it will keep on producing best-selling iPhones, MacBooks, iPads, and other accessories. Apple has been one of the companies that have profited tremendously during the pandemic. It is clear from the trends themselves. The company reached its market valuation of $1 trillion in mid-2018. It didn’t take long for them to double this number by August 2020, when they reached the $2 trillion mark. Interestingly, although Apple was the first company to have reached the $2 trillion mark in the US, Saudi Aramco was the first country in the world to achieve that landmark. But within one and a half years, Apple has overtaken everyone by reaching the $3 trillion mark.

A Surge in Certainty:

The Apple share price has skyrocketed in the last couple of years and it is not speaking just for the company but for the entire share market in general. With the latest developments in cryptocurrency, volatility might not be the thing investors want to. Surely, the profits are magnanimously high but so are the risks and this is something the investors want to steer clear of during times of the pandemic. The rising Apple share price is clear proof that investors are more inclined towards strong firms that can give some sort of assurance and safety to the money invested.

There are several reasons for Apple reaching this landmark. A company that took 41 years to achieve the $1 trillion mark, tripled the valuation in a matter of 4 years. By understanding Apple’s market performance and business outlook we might be able to shed some light on their phenomenal share market run.

Apple’s consistent success, especially with the iPhones over the years, has proven that in the long run, it is the value creation that pays off in the end. Apple’s products have done remarkably well and have sold millions of units with high customer satisfaction. Even their subscription-based services like Apple Music and Apple TV render high-quality service. All in all, with a no-compromise-in-quality attitude, Apple has once again said that the companies that rely on their performance and efficiency are the ones to profit in the share market, especially in the long run. 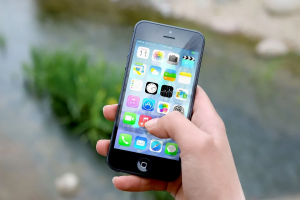 iPhones remain the most in-demand Apple product among consumers.

We all know that the market cap does not necessarily depend on companies providing better services than their competitors. There are several indirect factors that lead the company to rise in stature. One such factor is branding. The popularity and reputation of the brand make it take the better part of the market than the rest of its competitors. The same is true for Apple Inc, the company has built a lasting name for itself and it is common knowledge that Apple products like iPhone and MacBooks are some of the best products out there. While the credit goes to Steve Jobs in achieving this, it is nonetheless true that Apple has continued with its global image over the years. 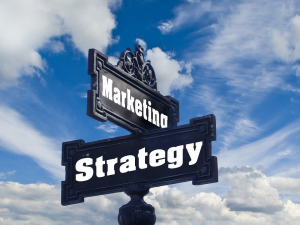 Apple’s marketing strategy has led the brand to its lasting success.

One of the reasons that have led to the surge in Apple’s share price is the company’s adaptability with the market trend. This is clearly witnessed in the iPhones to cater to a larger audience, iPhones were released in their mini version that would cost much less than their standard model, while they have not sold as well as the generic ones, Apple’s strategy is clear here. Moreover, the company has meted out ways to earn revenues and this comes from not only its products but services as well.  Apple Music and Apple TV are prime examples of this. In a world where YouTube music and Netflix have made a name for themselves, Apple has already adapted to this system to make sure it remains in the business.

Moreover, the company’s upcoming projects indicate this trend as well. Apple’s car is still an ambitious attempt that might come true within a few years. Also, with the craze for metaverse rising, Apple is making its contribution by bringing in VR headsets.

Faith of the Investors:

One of the biggest reasons for the rise in Apple’s share price is the faith of the investors that people will continue to buy Apple products as they have in the past. The stock is already trading at 30 times its 2022 fiscal year’s estimates, which is almost 50 percent higher than its five-year historical average. It clearly points out how much investors have faith in the company and its service to the consumers. One of the reasons for this is the buzzing excitement the new Apple products create. iPhone 12 was the highest-selling iPhone and iPhone 13 did remarkably well despite industry-wide chip shortage.

Despite the outstanding performance of Apple in the share market, there are still many investors who are wary about this. They believe that Apple is gradually reaching its limits in terms of both the consumer base and sales. Also, there is growing uncertainty among many investors whether the other products from Apple apart from the iPhones would be able to cater to the same level of response from the people in the future. While the wariness always remains, it is also true that the current Apple share price is a leading example of the share market rewarding the companies with a strong balance sheet. Whether Apple will live up to its reputation in the future remains to be seen, for the time being, it is at its peak.

GUIDE: How to apply for KreditBee Card?